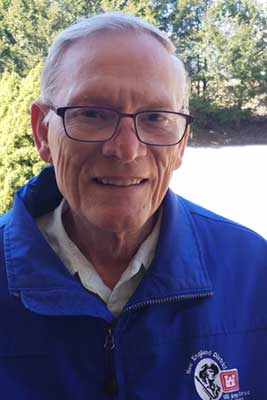 Being retired for 20 years following 33 years with the Corps of Engineers, many changes had occurred since the meeting with Secretary Trudy Coxe in the fall of 1993 when she stated her opposition to construction along the coast and refused to support the Regional Project.  It was during a morning walk in February 2019, that I realized 40 years had passed since the devastating Blizzard of ‘78 which caused record flooding (3,100 buildings) in the region and triggered the development of the Regional Saugus River Floodgate Project.  Flooding and sea level rise issues were researched, learning that the record tide levels, which were reached in ‘78, had been exceeded by a fast moving nor’easter in 2018, and our Governor Charlie Baker had testified before Congress on the need to take action on Climate Change and sea level rise.  The Globe had reported the Governor’s interest in helping communities along the coast protect themselves from coastal flooding and sea level rise.  The time may be right to remind the Region that the Regional Project would still protect them from the dangers they’re facing.  I had enjoyed working with the residents for 13 years, helping to restore Revere Beach and building Roughan's Point Flood Control Project (south end of the Beach) and nearly starting the construction of the Regional Project.

There were 100s of community folks,  Corps of Engineers’ team members and other supporting talented professionals who had so enthusiastically planned and developed this Regional Project and now the need was even greater.  To spread the word, help was offered to prepare letters and information packages from the Project's former Environmental Manger Dr. Joseph Horowitz and Mr. Steve Davis, former MEPA Director and Assistant Secretary of Environmental Affairs during the Saugus River & Tributaries Study.  Steve now was president of his own company helping others traverse the state environmental process.

About 100 letters and information packages were prepared/reviewed and sent out to the first group of 50 on 5/6-8/2019 to the Governor, Secretary of Energy and Environmental Affairs and elected officials in each community. The only response was from Malden’s City Councilor Stephen Winslow who requested a presentation at a public forum. It was assumed other legislators were waiting for interest from their constituents.  Although an offer was made to make presentations to these legislators, there was  little response, so a power point presentation was prepared and sent out in a flash drive to the next group of 29 people on 1/24/2020 along with information packages to community planning offices, interest groups, chambers of commerce, etc.--the affected community.  Additional letters and information were sent to other folks in the communities.  Also Mr. Ed Reiner with EPA, a member of the Technical Group, toured the region with me explaining issues, and providing a beautiful video of the Rumney Marsh (view it under Photos of Rumney Marsh).

The power point presentation was made from the 35 mm slide presentation (used 100 times on the project) projected on a screen, photographed with a phone and sent to a lap top for creating/learning the art of power point (you can teach an old dog new tricks!) ---results were  ok.  At the same time A2Z Computing Services, Inc., from Maine offered and donated their skill to develop a web site (saugusriverfloodgates.com) for the Project and help the region’s people.  Also, on March 1, 2020 he brought his DRONE down from Maine, notified police departments and the FAA, and photographed the regions shorefront and part of the floodplain.  The photos and power point appear on the web site along with the 1990 Feasibility Report, appendices, EIS/EIR, Secretary of Environmental Affairs Certificate and many Design documents.

The power point WORKED!  Recently, thanks to the efforts of Saugus' Peter Manoogian (former Steering Committee member, SAVE President, Selectman)  enthusiastic requests were received to present the Project to the Saugus Board of Selectmen, Saugus town meeting, Revere City Council, and other public meetings. Assistance was requested from the Corps of Engineers to explain the new planning process.

1945-1964 As an Air Force son we moved about every year with 9 kids, attending several Scout Troops and three High Schools. When Dad retired, we moved to a Dairy Farm in Oakland, ME in spring ‘63 with a great group of classmates, but with early 4:30 mornings milking cows!

1964-1969  The University of Maine in Orono gave me a great education, holding down many jobs, volunteering as the Editor for the Agricultural Engineering National Student Magazine, attended ROTC classes and graduated with a BS degree in Ag. Engineering with a commission as a 2nd Lieutenant in the US Army Corps of  Engineers in Jan ‘69.

1969-1972  After attending Engineering Officer Basic at Ft. Belvoir, VA, I flew helicopters in Mineral Wells, TX., but in the fall ‘69 preferred Civil Works construction on the largest job the Corps ever built in Orofino, ID. I was assigned the Army’s representative on the 717 foot high Dworshak Dam & Reservoir,  power house, fish hatchery and recreation facilities for 3 years.  I spent a year as the Chief Engineer on a 1,550 foot long suspension bridge, and other construction jobs for two years advancing to Captain before resigning my commission in the fall ‘72.

1972-1980  Joined the Corps civilians in Detroit, MI while the Great Lakes were flooding, and as a Project Manger helped build 100 miles of wall and dikes in a year, then moved on to the New England Division.  I picked up an Associates Degree in Business Administration at nights.  As a Study Manager, worked on water resource needs in northern Maine: hydropower, tidal power, flood control, and developed a Cropland Irrigation and Conservation Project with the potato growers and Maine agencies. After orders came through to discontinue working on the project (out of our jurisdiction), the White House invited me to present the project to the President’s Economic and Agricultural advisors, it was funded shortly after.

1980-1993 The Blizzard of ‘78 triggered a lot of work as a Project Manager, first for Revere, followed by Lynn, Malden and Saugus.  It was a great assignment working with these folks. After reviewing many documents, it was obvious that some benefits had been overlooked for Revere Beach Restoration Project, since put on hold almost 30 years before.  There was a trend in the repair of seawalls, which when buried by sand, would eliminate the cost. That benefit along with recreation use, justified the project, and it was built with the help of the MDC.  I reformulated the Roughans Point Flood Control Project, helped get it approved and constructed.  Then in 1985 the regional investigation for Revere, Lynn, Malden and Saugus started and with the help of five (5) Steering committees, selected the Regional Saugus River Floodgate Project.  It was stopped by a new Secretary of Environmental Affairs, fall ‘93.

1993-2002  I spent a lot of time with my 5 children, coaching sports for 15 years, CCD, Boy Scouts, camping, you know the routine.  As a Senior Project Manager, I was given a new challenge working on EPA’s Superfund projects, first in Stratford, CT, then planned, designed and started the clean-up of New Bedford Harbor.  The  New Bedford Team was awarded for reducing the project cost by $308 million for a $900 M Project, and reduced the schedule by six (6) years. I retired in May 2002 after a very rewarding and challenging career with a lot of great professionals, having received many "Outstanding Performance" Awards.

2002-2020  I thought my career was finished, moved just north of Worcester (1,000 feet above sea level!), and became active with the Knights of Columbus.  Then in 2019 Sea Level Rise raised its ugly head, and I was off to the races!  Yes, I was blessed with the support of two beautiful, talented and loving Christian Wives.  I lost Brenda Joyce from the Maine Woods, and am now enjoying Mary Elizabeth (Betty) from Marlborough, MA and 20 Grandchildren.  Life is good!