Now that the "New Study Start" process has been initiated, Revere and Saugus officials are both pursuing actions to request their Congressional Delegation to sponsor a resolution to "Re-Authorize" the Regional Project, which if successful would by-pass the need for a "New Study Start".  In preparation for meetings with the Delegation, the Governor, the Secretary of Energy and Environmental Affairs, and State Representatives, a Brochure on the project was completed on September 14th to explain the Regional Project.   The Regional Saugus River Floodgate Project would  protect the region from coastal flooding and sea level rise.  Proposed to be included is the breaching or removal of the abandoned I-95 embankment to restore the natural tide levels and flushing to 500 acres of the upper estuary and enhance the wetlands and resources. This was initially requested by Federal & state agencies and town of Saugus.

8-28-20  The city of Revere decided to take the lead to complete the application and coordinate a letter of support with the communities for a request to the Corps of Engineers for a "New Study Start".  The application and letter, coordinated by Revere's Elle Baker and Frank Stringi and Saugus' Peter Manoogian, was completed by the 31 August deadline with the Mayors of Everett, Lynn, Malden and Revere, and the Saugus Town Manager signing the August 26, 2020 letter.  The letter supported the study and a regional solution to the coastal flooding problem and environmental enhancement of the upper estuary.  The study would be called the Boston North Shore Coastal Flood Damage Reduction and Environmental Enhancement Study.  New coordinators with the study include:  Ms. Doloros Lattanzi - Executive Manager to the Mayor of Everett;   Mr. Aaron Clausen-Lynn City Planner; and, Ms. Michelle Romero - Malden City Planner. View Letter

8-24-20  Revere's City Council Legislative Affairs Sub-Committee:  Following a brief presentation, most councilors spoke in favor of the Regional Project and then unanimously voted to support a resolution for the actions proposed at the 7-27-20 City council meeting.  The resolution will then be presented to the full Council.  Meanwhile the Mayor's staff is completing the application for a "New Study Start" with a supporting letter for the five communities to endorse.  The Revere City Clerk sent a letter to the Corps of Engineers on behalf of the City Council to confirm their full support for the Boston North Shore Coastal Flood Damage Reduction and Environmental Enhancement Study. View Letter 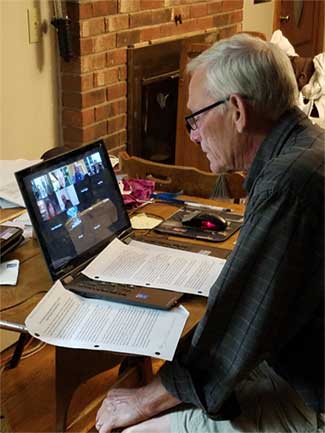 8-18-20  With the help of Vice Chair Corinne Riley and Peter Manoogian, following a brief zoom presentation, the Saugus Board of Selectmen voted  5-0 to support actions to: (1) send letters to the Congressional Delegation to sponsor a resolution to re-authorize the Regional Project, and (2) to send an application and supporting letter to the Corps for a new study start--- not knowing which avenue may prove more successful.

8-6-20  State Representative RoseLee Vincent sent a letter to Governor Baker, copy to the Secretary of Energy & Environmental Affairs Kathleen Theoharides, supporting the Town of Saugus' request to reinstate the Regional Saugus River Floodgate Project, since it  would "..not only protect 5,000 coastal residential and commercial buildings in Saugus, Revere, Lynn and Malden, but would also be critical in restoring portions of the East Saugus Marshes...I can attest that this project is sorely needed now...the Wheelabrator Saugus incinerator, whose unlined ash landfill is adjacent to the banks of the river.  A major concern..is that one day, a severe coastal storm will breach the landfill, sending contaminates flowing into the river..and into their homes.." View Letter

7-27-20  The Revere City Council through the efforts of Councillor Jessica Ann Giannino requested a  presentation on the Regional Project.  After the presentation she said she "..was looking forward to working with Mr. Hunt and the Corps of Engineers to develop a solution to the flooding problems.."  Also it's "A great opportunity for all residents with over priced flood insurance..."  Councillor Richard Serino indicated his ward covered the Rumney Marsh and Town Line Brook and his "..goal is to alleviate flooding from Town Line Brook."  Council President Patrick M. Keefe, Jr. concluded with "The next action for us is to put it in Legislative Affairs because we're going to need Congressional support in creating the funding to help you start some of the processes that Mr. Hunt is recommending."  Recommended were: Avenue 1, the need to request a New Study Start since the project was de-authorized by Congress, which may take several years to fund; and Avenue 2, to request the Congressional Delegation to sponsor a resolution to re-authorize the project and prevent years of delays and restudy.

7-23-20  The City of Revere's Office of Community Planning and Development, Chief Robert O'Brien and his staff, Elle Baker and Frank Stringi, conducted a teleconference with this project manager, and the Corps of Engineers' Chief of Planning. It was recommended that the city, possibly with support of other communities, pursue two avenues to get a project started:  (1) Filing an application for a new study start next month which may take several years to get approved since Congress only approves a few new starts each year;  and (2) Requesting the Congressional Delegation sponsor a resolution to re-authorize the Regional Project to expedite it's start.

7-13-20 Thru the efforts of Town Meeting Member Peter Manoogian, the Saugus Town Meeting discussed and listened to a brief Project presentation for an article which then passed (43 to 1) to request the Governor to re-start the Regional Saugus River Floodgate Project with copies to Senators and Representatives.

7-2-20  Mr. John Kennelly, Corps' Chief of Planning, sent an email to Mr. Anthony Cogliano, Chairman of the Saugus Board of Selectmen, and to Ms. Elle Baker of Revere requesting a meeting with them.  He advised that, since the project was de-authorized, Federal funds would need to be requested as part of a 50/50 cost share with the non-Federal sponsor to complete a new Feasibility Report, which could be challenging as Congress annually only allows 5-6 new starts.

7-1-20  Mr. Peter Manoogian of Saugus requested Bob Hunt discuss the project with Town Selectmen next week on a zoom meeting, and then present the project at the Town Meeting on 13 July.

3-31-20  The web site was completed so I advised Federal & State legislators, City Councillors, Selectmen, community contacts and DCR of the purpose and web site name.

3-26-20 - Ashley Melnik, Clerk of Revere's City Council was advised by Councillor Giannino that my presentation to the City Council is being pushed back until May due to the virus outbreak and she would get in touch with me once a date is set. Also, there are two display TVs that can feed from a lap top. I told her I had made tripods for the displays to be set up in the lobby.

-- Malden City Councilor Stephen Winslow advised that public forums of all types are on hold for awhile.

3/18/20 - Saugus' Peter Manoogian called requesting if ok to link web site to Facebook on Project, and Yahoo account.  I told him it was his Project.

-- Articles sent to Corp's Public Affairs Office to publish/inform all those from Waltham/Concord, St. Louis District, and Vicksburg who had  worked so enthusiastically on this project that communities are very interested in re-starting project.  Sally pleased to hear from me, grateful to receive articles & provided info to Scott.

3/17/20 - Revere's councilor Giannino advised Council meeting postponed till next month to have as much public input as possible.   City clerk Ashley advised presentation postponed to April 27th.  (City Hall closed due to Coronavirus.)

3/16/20 -Saugus announced all town buildings closed as of March 17 to help control spread of coronavirus.

-- Sent message to A2Z Computing Services, Inc. who are donating their time/talent to develop Web Site and worked hard and late all week/weekend to prepare Web Site ready for viewing by Revere & Saugus officials this week prior to their meetings: "An absolutely incredible Job!!!  It provides opportunity for Congressmen, State & city politicians .et al. to quickly access answers to any question, disseminate information throughout the region and Washington reviewers, provide location to update status, and provide a beautiful and meaning first impression for a very important Project!!  Now get back to work!"

3/15/20 - Advised Revere City Clerk and Saugus Board of Selectmen Clerk that if their meeting was cancelled (because of Coronavirus) that a conference call could be set up and use the well organized web site.

3/10/20 - Wendy, Saugus Selectmen Clerk, very gracious, scheduled Bd of Select. meeting 7 Apr at 6pm.  And will have lap top, projector, screen , mic & is looking for tripods to hold displays.   It was requested they send a letter to Corps requesting help to understand process.

-- Learned from Ed Reiner, EPA, that the DCR owns 850 acres of the Estuary and another transfer of land from Revere was expected.  (This could reduce project costs by over $10 mill.)

-- Working continued to complete the web site before meetings start.

2/27/20   Elle was contacted and she’s pleased to meet w ACOE and wants Project Manager to attend.

--   ACOE John Kennelly text back concerned activities are moving too fast for Corps to get up to speed, not want to send someone into crowd since don't know project that's unauthorized and a new study is needed. Wants to call & meet with non-fed sponsors to explain process. Gave him contacts. I requested to attend meeting.

2/26/20  Revere's Frank Stringi and Elle Baker called for about an hour to discuss mtg later in March w/ maybe 80 dignitaries, Congressional staff, legislators, mayor et al from 4 communities, possibly at Yacht Club. Frank thinks time is right.  Frank was the Revere prime mover and Steering Committee Member on the project in the 90’s.  Corps should be advise.

2/24/20  Revere’s Elle Baker called to ask for presentation at Revere w/ reps from Revere, Saugus. & Lynn and to provide all correspond and send power point.

2/23/20. Sent offer to Revere's Elle Baker if she has questions or need help.

2/21/20  Peter & Saugus Selectwoman Corinne Riley called with many questions and she wants to support prj.

2/21/20  Scott texted that:" Thanks . I've been keeping John Kennelly (Chief of Planning Div.) in the loop on this too. If they reach out to us, we'll get engaged in an official capacity."

2/3/20   Peter Manoogan called. He had read a copy of the letter sent to Ann Devlin (with Saugus Action Volunteers for the Environment, SAVE) , and Peter wants to promote prj,  wants my help at public mtg, and wants to sponsor resolution for Gov. to resume prj. He talked to woman in Revere Planning Ofc, Elle Baker, who is looking into prj.  He borrowed power point from her, advised him that Scott Acone best contact, since he wants to contact ACOE.  Peter was former SAVE President, Selectman, & Steering Comm. Member who strongly supported project in the ’90s.

2/2/20   A2Z Computing Services, Inc. was asked if they could put power point on web site. They agreed and so pp sent to them.

9/8/19   Sent Malden City Councilor a copy of pp to review, since can't reschedule forum till next spring due to election et al.

8/24/19  Malden City Councilor Stephen Winslow advised public forum could not be held on Sep 28 since local tv not available.

5/10/19  Sent letter to Revere's Frank Stringi on danger of overtopping at Pt. of Pines.

3/18-26/19   The Corps was requested if there was any problem sending letters reminding folks of Regional Project. They had no problem with writer sending them out, but Corps can not promote project.  They would be happy to engage Secretary Beaton if the Commonwealth requests us to re-look at it.

2/28/19  Globe reported Gov. Baker wants legislature to let proceeds to be spent on adaptation and mitigation measures to shore up seawalls, and protect wetlands.