The Town Line Brook channel was designed to carry runoff safely to the ocean via tide gates and protect neighborhoods in the Cities of Everett, Malden and Revere. 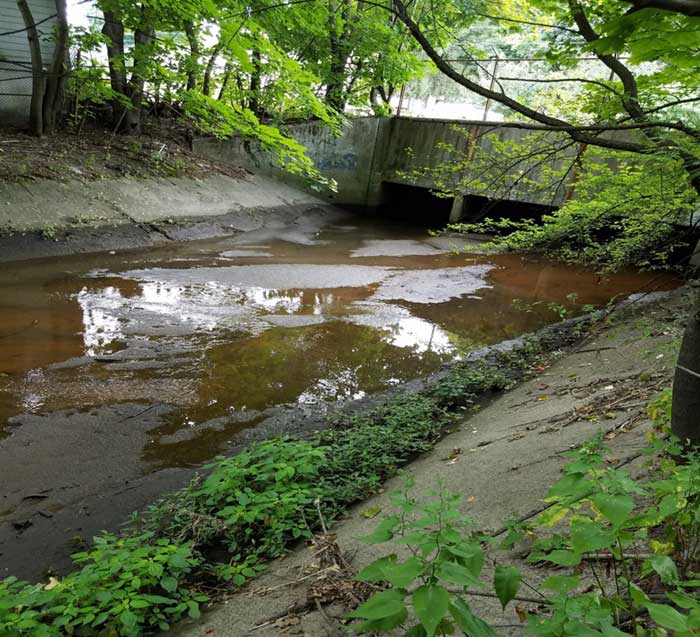 Issue #1:  Channel is largely plugged with vegetation and debris. 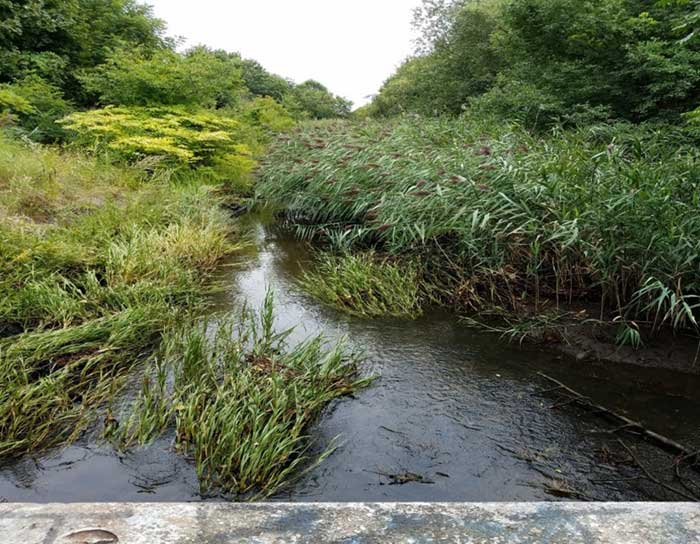 The 3 newer self-regulating tide gates were vandalized, and may leak during storm and non storm tides if not monitored and maintained.  To the left of these gates are stop log structures which are frequently overtopped and flow into the channel.  To the right are eight wooden tide gates, which reportedly leak significantly allowing tides to enter the concrete channel on the other side of US Route #1. 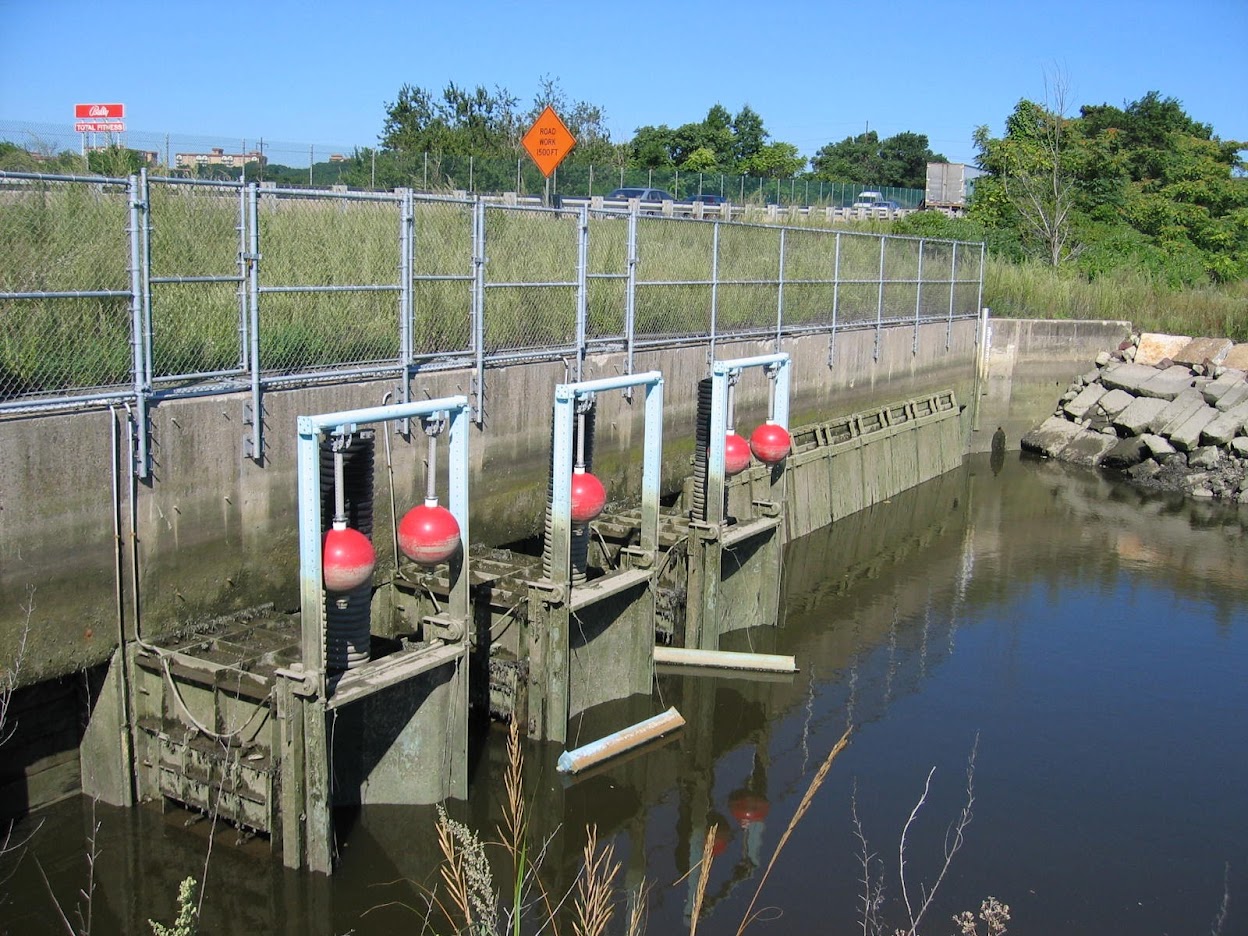 Issue #3:  US Route #1 dips lower as it crosses the tidegates, and tidal surges overtop it contributing to flooding, as in 1978. 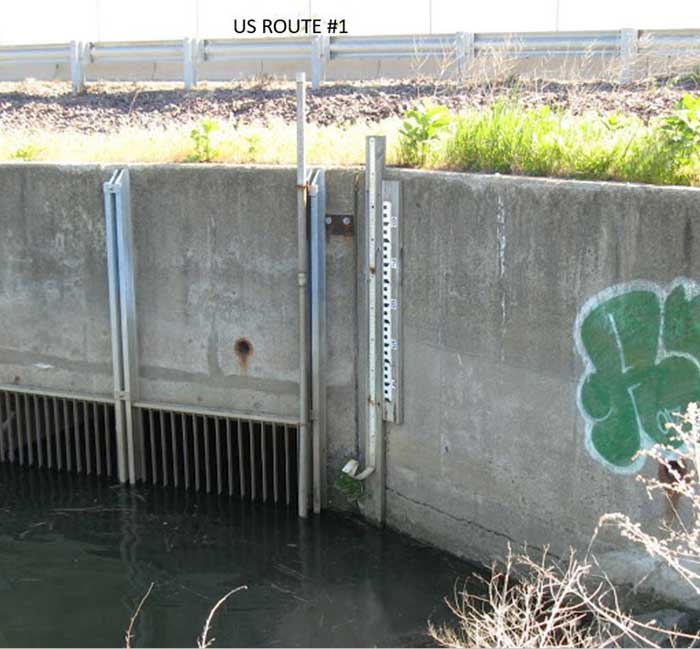 Issue #4:  Although hidden from sight, water overtops the stoplogs fronting culverts under the road during even a high spring tide cascading flood waters into Town Line Brook. 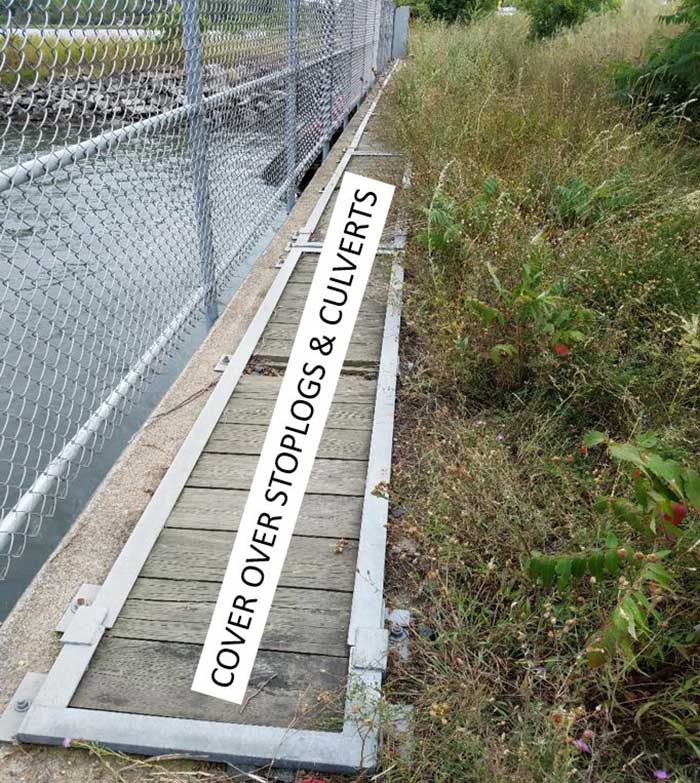 1 of 11 Stoplogs Plugging Culverts Under US#1

Looking down at the stop log under the cover, tide water is visible on the left which overtops the log and flows into the culvert on the right. 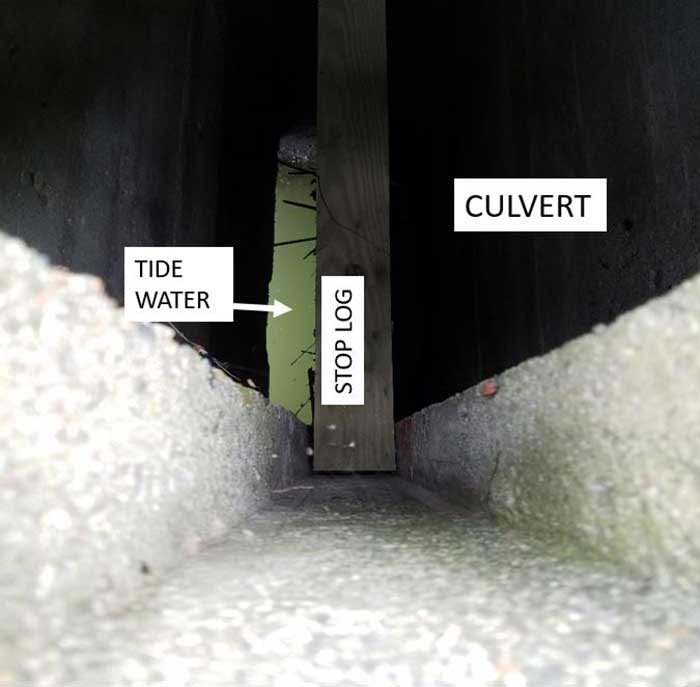 Issue #5:  This low level dike/bike path prevents high spring tides from entering the Linden & Town Line Brook floodplain, but not during coastal storms. It was overtopped along 1,250 feet of shoreline by about  2.5 feet in the Blizzard of 1978. 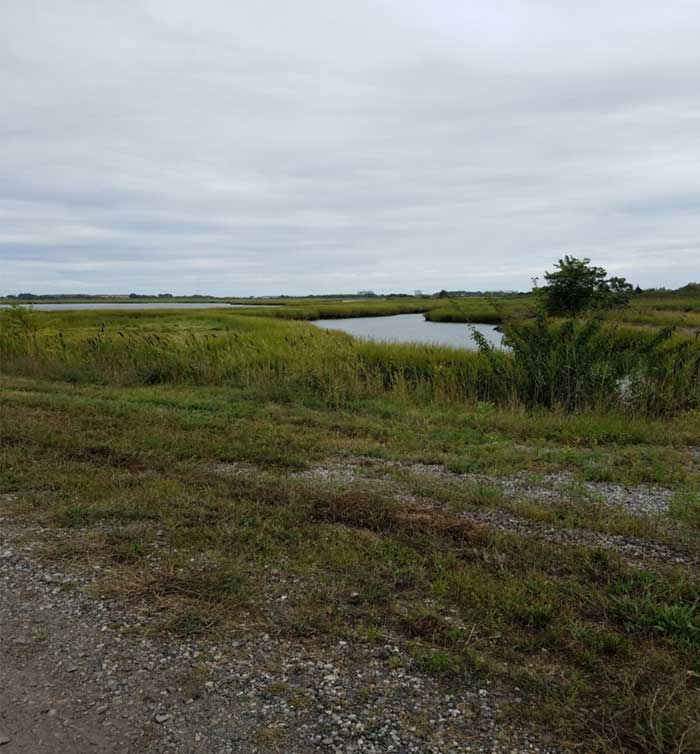 Issue #6: The tide gate that should prevent normal tides from entering the brook and allow runoff to leave may lack maintenance since it is hidden by brush and trees--on the left of the dike. 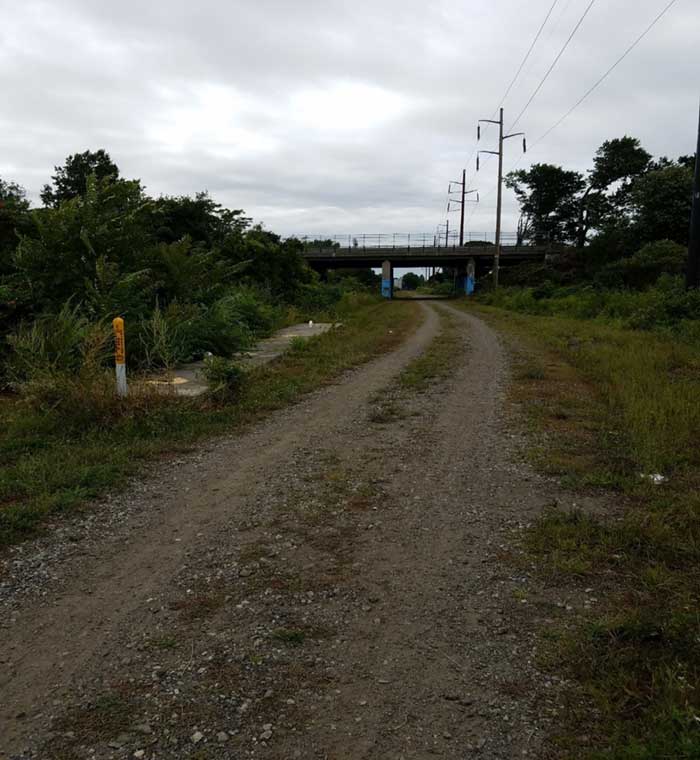 Issue#7:  Flooding in the watershed occurs when heavy runoff enters the brooks while high tide and storm surge prevent tide gates from opening.

Water then backs up flooding homes.  The higher the tides in the estuary and amount of runoff determines flood levels. 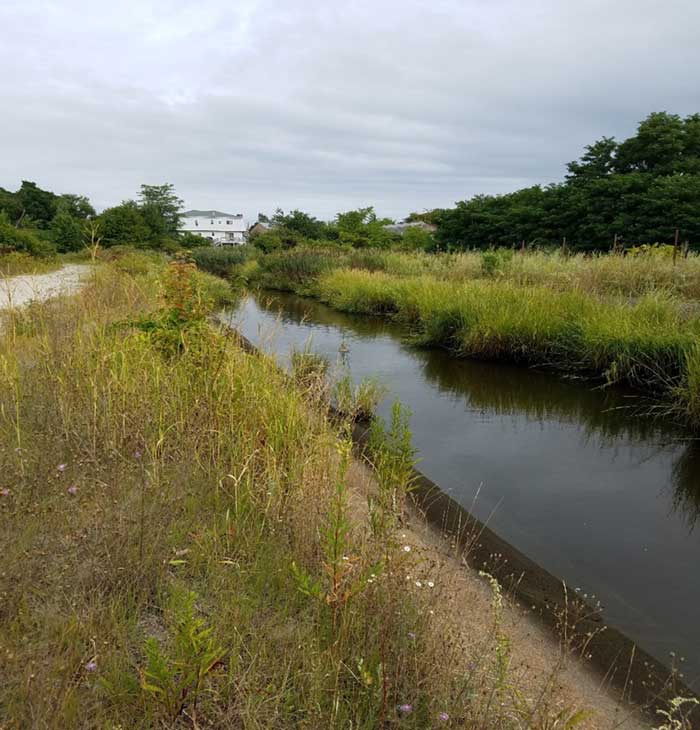